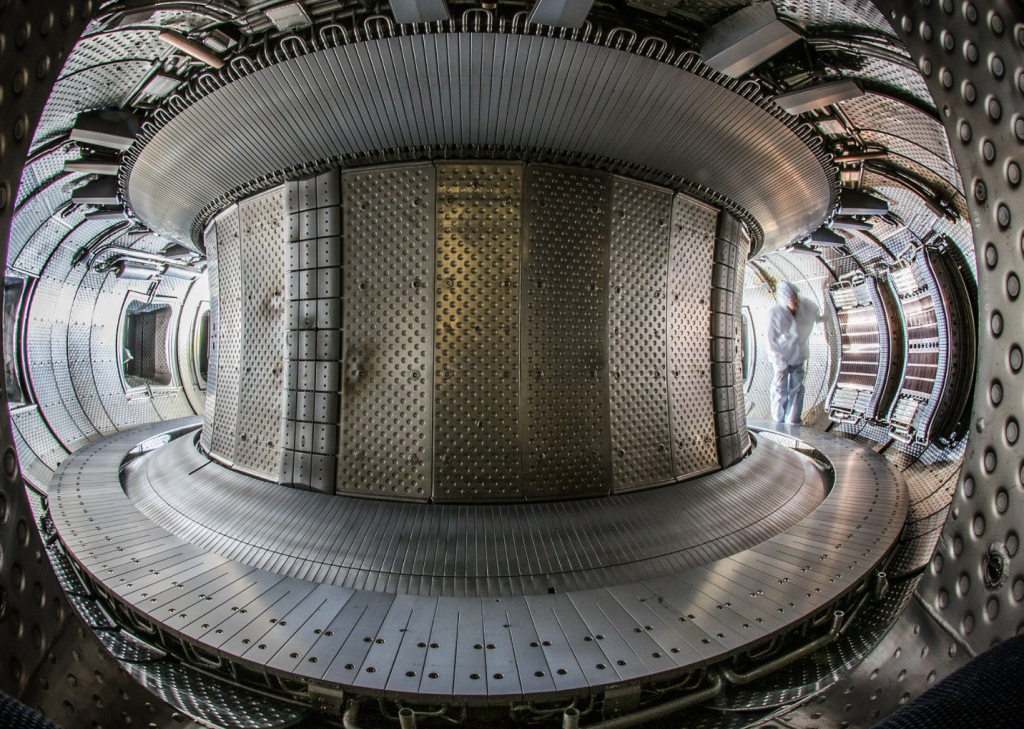 NPRE Prof. Davide Curreli is collaborating on an international project to simulate operations of the WEST tokamak in France, with an end goal of advancing development of the ITER fusion device.

The WEST (W Environment in Steady-state Tokamak) device’s main mission is to test the ITER (International Thermonuclear Experimental Reactor) tungsten divertor technology at scale, including high heat flux components in a steady state tokamak environment. A tokamak’s divertor allows the online removal of waste material from the plasma while the reactor is in operation. Curreli’s team will join WEST in characterizing the tokamak performance from the wall surface to the tokamak edge through both measurements and modeling.

The objective of Curreli’s computational modeling will be to increase understanding of and improve use of tungsten as a plasma-facing material in fusion energy reactors. Among techniques to be examined will be the concept of “real-time boronization,” in which boron is added to a tokamak in real time for wall-conditioning as the plasma discharge is taking place.

Among challenges to fusion reactor technology is determining the best materials to use to face the plasma along the inside of a reactor vessel’s walls. Plasma facing components (PFCs) need to withstand extreme heat and particle loads to protect in-vessel structures and last sufficiently under steady-state erosion/re-deposition conditions.

Worldwide, many tokamak reactors use tungsten as a PFC. The International Thermonuclear Experimental Reactor ITER, whose first plasma is expected in 6 years from now, will also have a tungsten divertor. Tungsten has both the highest melting point and highest boiling point of any element, is among the least chemically reactive of elements, and has very low sputtering yield, meaning that it emits few impurities during plasma bombardment. However, tungsten has a high atomic number ( is “high-Z”), so the few impurities it emits significantly interfere with the plasma.

Scientists have learned that tungsten tokamaks work best when the wall is covered with a thin layer of a material with a low atomic number, such as boron. However, erosion of the boron layer exposes the tungsten underneath, degrading the benefit from low-Z operations. The boronization technique calls for boron to be continuously replenished into the vessel as the reaction is in progress and while the plasma is charged. Among phenomena, Curreli will determine through simulations whether the injection of boron powder is able to continuously replenish and reconstitute the surface with new boron.

Curreli’s work is supported by a three-year grant from the U.S. Department of Energy Office of Science. The work will be performed in collaboration with scientists at Oak Ridge National Laboratory, Princeton Plasma Physics Laboratory, and at the University of Tennessee Knoxville. (Susan Mumm)